The Favorites of Sven Luca

One of the most traveled Germans advises: "We must not lose our optimism!"

30 years after the fall of the wall, this "Ossi" fulfills a dream

Sven Luca now has 11 countries left to complete the UN list; he takes us on a very personal voyage to why he decided to travel to every country in the world. 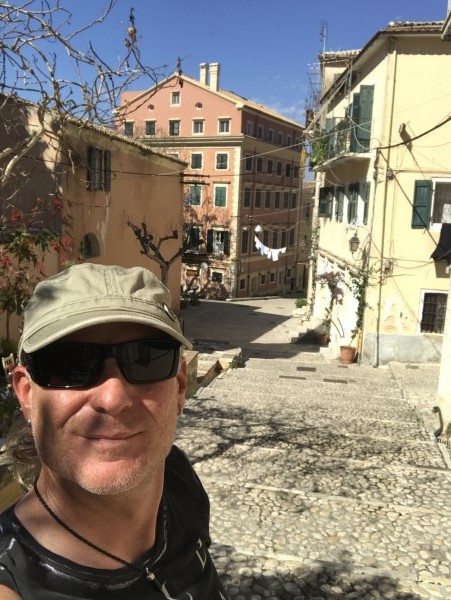 Sven Luca, tell us a little bit about your background.
My name is Sven D., but I use my artist name or pseudonym Sven Luca everywhere. I grew up in Havelland near Berlin in former East Germany. Before 1989 in my childhood I had been of course many times with my parents to Poland, Czech Republic and Hungary. These were the only 3 countries which our socialist system allowed us to travel to without any problems or headache. After the German unification in 1990, I started to travel every 3-4 months with a friend who worked in a travel agency and was always searching for a travel partner. During our first trip we went to Tunisia followed by the USA, Bali, South Africa, Dominican Republic and many destinations in Europe. 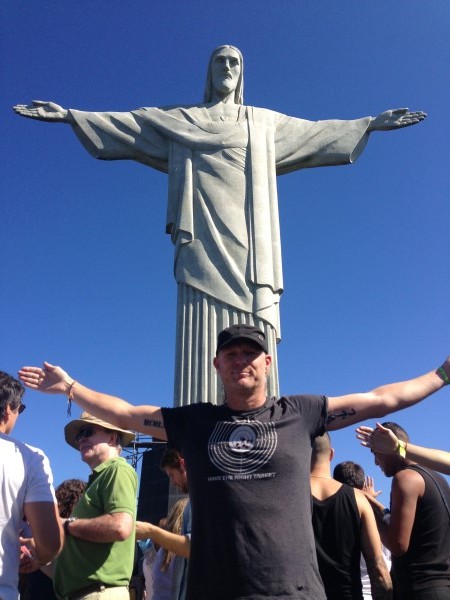 You are trying to get to every country… what is motivating you to do this? And what is your greatest challenge to achieve this?
Yes, I am trying to visit every country in the world and it seems I should have done it by February. This idea was born in hospital in January 2012 when I got really sick and realized I had a very rare skin disease (just 200 German people out of 80 million). In the end, I spent almost 10 months lying in hospital or at my parents' home after 2 heavy surgeries. In September I even had to learn how to walk again because I had just been in bed the months before and all my muscles were untrained. In this 10 month-period I was thinking about my life and this amazing idea to travel everywhere in the world came into my mind. At this time in 2012 after working my whole life I had no girlfriend, enough money and plenty of time. So I started to check all the countries in hospital to build a strategy and wrote everything down. I build up many trips till the last one in January 2019… for example summer '15: Caribbean, summer '16: West Africa, Winter '17: Australia, Winter '18: Antarctica and South America and so on. Now I'm close to the end and honestly in the last 7 years I did exactly these trips which I wrote down during my time in hospital in 2012. It was a great challenge because at that time it wasn't sure if i can survive or if I will be back to normal one day ... now I'm very proud and happy to achieve this soon. 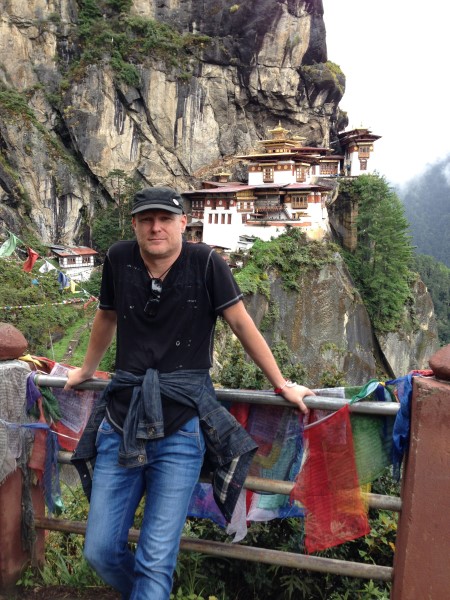 What has surprised you on your voyage so far?
I am usually not really surprised during my travels because I try to be always well-prepared for each certain country. I read a lot about the world or watch documentaries on TV .. I'm just interested in everything anyway. But I was rather surprised about life in Greenland because before I couldn't imagine that people can live there in general. There in Greenland it's like everywhere in the normal world with regular internet, many parties, nice food, friendly people ... it is just bloody cold most of the time.

Tell us a few stories that have made an impact on you.
Of course these are all the critical situations of my travel life. For example In Tokyo in 2015 i got knock-out drops in my first drink after I entered a regular bar in Shinjuku. I woke up in my hotel room after 20 hours sleep and can't remember anything anymore. I just realized my bank account was empty (around 3.500 USD less), my brand new iPhone and all my cash got stolen.
In August 2017 I caught heavy Malaria Tropica in Angola at the airport in Luanda while waiting for my flight to Germany. This waiting hall was full of mosquitos and actually it was just a question of time there. In Germany my doctor diagnosed just a regular flu .. which was a mistake. After 9 terrible long painful days, I came to the hospital and directly to the intensive care unit because my kidney and my liver had stopped working already. I already had 3,8% malaria parasites in my body .. the doc says with 4,5 or 5% i wouldn't have any chance to survive anymore. It was really very close .. luckily everything went well in the end.
Just 7 weeks later after i survived this heavy malaria i traveled to Mogadishu in Somalia. At my hotel reception I asked for a 2-3 hours city tour with a hotel driver. But they offered me this tour just for 800 USD because its actually too dangerous to drive around with white people and they need additional some permits as well. But for this price i rejected and went to my hotel room to do some Instagram stuff. After around 30 mins i felt heavy vibrations and i almost fell out of my bed… few seconds later a huge bang which I had never heard before in my life. Just 800 meters away from my hotel there was the biggest bomb explosion ever in the history of Somalia which killed almost 450 people. Oh my god and I was nearby and saw the heavy smoke above the city. Two hours later exactly in front of my hotel the next car bomb with "just" 3 killed people. It was honestly one of the worst moments in my travel life and I was really happy to leave Mogadishu the next morning. 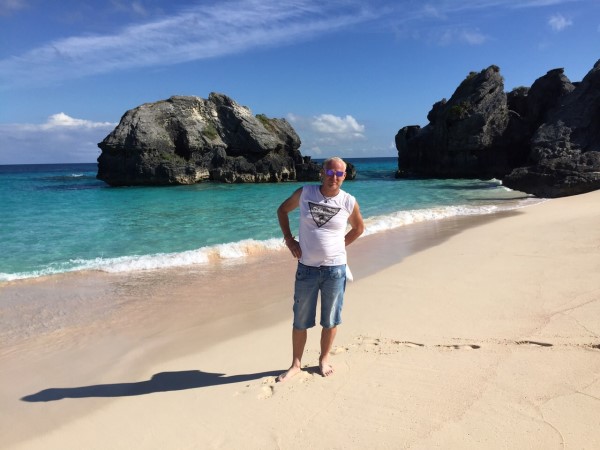 You are from Germany. How do people react when you tell them where you are from? And to what extent do you believe your own culture influences the way you see travel?
Ohh what a nice question .. you are right it isn't always easy to say I'm from Germany. It really depends where I'm going and honestly sometimes it is better to say I'm from Austria or Switzerland. It happened in the UK or in the Netherlands many times that I realized I was not really welcomed as a German. Since these situations while I'm traveling in Europe I prefer not to be German but somewhere else in the world I never had any problems with it. Out side of Europe most people love the Germans as far you are good to them as well of course. I think we Germans we can be very proud to own now the best passport in the world and are able to enter 177 countries without a visa in advance. I guess our own culture has no influence while we travel but for sure we realize everywhere in the world and especially in poor countries that we can be very happy to be Germans and how we live in our country. For everyone outside Germany is a kind of dream destination but most of the people in Germany just realize this when they travel abroad to Africa, Central America or certain parts of Asia. 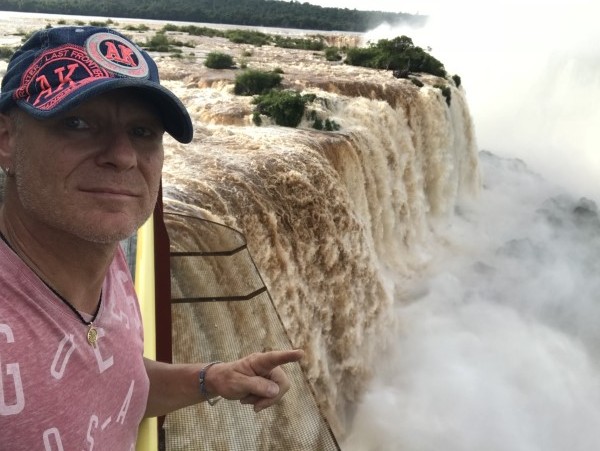 You are now living in Dubai. What are some of the cultural challenges you have faced there? Any special hidden gems of the UAE that you can give our travelers?
Yes, I have been living in Dubai since 2005 except for my year in that German hospital in 2012. The Arabic culture is a huge challenge. We Germans are well known to be always on time at work or at appointments and we like to use perfect schedules or logistics for our work. But the arab world is different and the clock is even running slower. The UAE is a multicultural country with almost 85% foreigners but in the end it works well. Everybody has his different role in this system and everybody settled down in this country on his own. That's why its works in the end because all the people are happy there. Sometimes especially Dubai feels like one family with expats from all over the world.

You are rather active on social media. How much time do you spend on this? To what extent do you feel that this does or does not take away from the spontaneity of travel? Are there many things you don't share with your followers?

Honestly, my Instagram takes at least 2-3 hours of my day and I try to give my followers as many impressions as I can on my travels. Meanwhile I found so many nice people or friends on Instagram and I don't wanna miss it and try to share everything with them except private things. On Facebook mostly these are my real friends in life and at least I let them know where I am in the world with a few daily pictures. Meanwhile Instagram, Facebook or Snapchat are part of the modern way of traveling because the traveler is taking photos and videos anyway on his trips. 10 years ago the photos were just for the family and friends after arriving home when the vacation ends and now it's possible to share it with everybody at the same time when it happens… amazing. 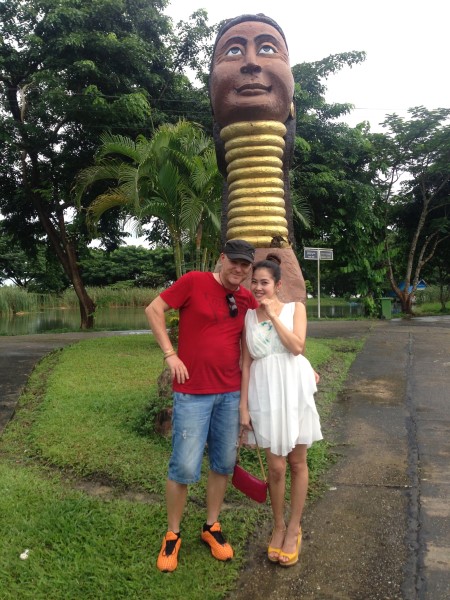 What do you find essential to carry with you on travels?

I always carry 3 German Passports (out of 4) with me .. just in case. Then very essential are 2 strong power banks, 2 mobile phones with a great camera, enough cash and a half pharmacy 🙂

So which countries do you expect to visit in the next few months?

I just visited Damascus which was fantastic! I still need to do Libya and Yemen before I do my last countries and few territories in January and February with certain Pacific islands. Then in 2019, I guess I will try to finish the last few territories and UN + countries in TCC and Nomadmania before I think about the South and North Pole. 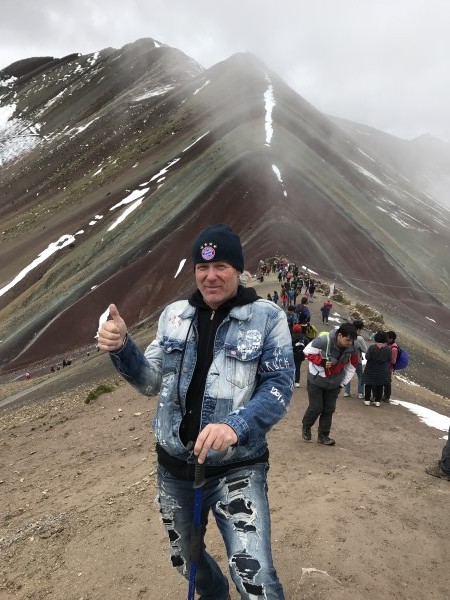 Finally, our signature question - if you could invite any four people from any period in history to dinner, who would be on your guest list and why?

First, I would invite Napoleon Bonaparte because I was in Saint Helena this summer at his exile House in Longwood and at his tomb and it was really interesting to read about his life. As second, I would like to sit next to Cleopatra VII. The last ruler of the Ptolemaic Kingdom of Egypt. She was fighting against the huge Rome without any chance. My third person would be the famous Ibn Battuta because he traveled 120.000 km in 30 years around the arabic world .. just amazing. The last person i would like to invite for dinner is still alive .. i wish to meet Michael Schumacher the Formula 1 legend at my table but fully recovered in a very healthy and proper condition. It's really sad to hear no good news since his terrible ski accident almost 5 years ago now and I wish he can come back one day. 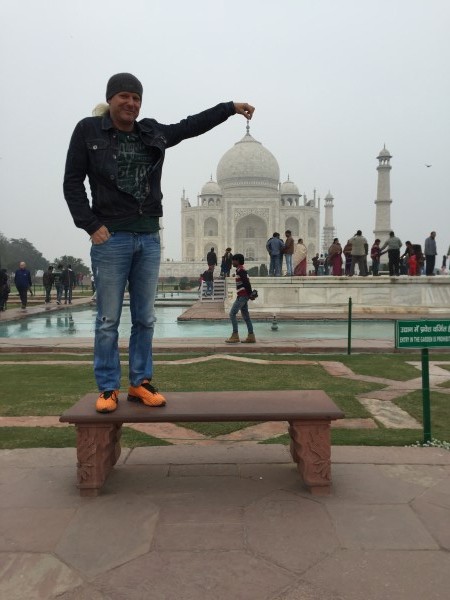 The photos in this interview are from Sven Luca's personal collection and we thank him for sharing them with us at Nomad Mania!